I am a child of the 70s, so I’m quite nostalgic about the 70s and 80s. The social changes that were occurring then were really dramatic, as were the design fashions. Plymouth, by virtue of its destruction following WWII and subsequent reconstruction, contains many buildings from this era. For better or worse they are buildings of their time and provide a snapshot into the life and design trends of those decades. They are a part of what makes Plymouth Plymouth.

St Andrews Court on Notte St is an example of a multi-storey commercial office building from the very middle of these two decades. On first inspection it appears to look just the same as many of the buildings from this period that inhabit UK city centres. Its exterior employs a couple of defining characteristics, namely cast in-situ concrete construction and precast concrete cladding panels. Back in 2016 this building was looking pretty unloved, its aggregate finished cladding panels had accumulated many years of grime, the glazing was beyond its design life and the landscaping was turning wild.

Now nearing the completion of an extensive program of refurbishment, largely due to the hard work put in by Classic Builders, this once dirty and tired building is now bright, light, interesting and well thoroughly ‘modern’. What sets the building apart from others I think is the oversailing upper levels that expose the structural grid where it meets the ground. This allows the building’s structure to be read and understood. The precast cladding adds to this effect and turns what would be a monolithic building into a series of arranged and assembled components, quite a modern concept. What additionally adds drama and a lightness of touch are the glass-to-glass corners which reinforce the idea that the cladding is simply that, ‘clothing’ for the frame beneath. And this is the legacy of these types of buildings from this era. The idea that a repetitive, factory-built component could be applied to the facade of a building to quickly form the external envelope, something still being considered and refined today, albeit in a much more technical and energy-saving way.

St Andrews Court, now being marketed by stratton creber commercial as ‘The Merchant’, is similar to a variety of buildings of this era, both in Notte St and across the city. The Babbage Building on the University of Plymouth campus once had a skin of cladding panels that echoed the computer punch cards of its era, and the College or Art had a similarly considered façade. Both are now lost to reimaged cladding solutions. However, Midland House in Notte St retains its precast cladding, and whilst more ‘grounded’ and less adventurous in appearance, than ‘The Merchant’, it too has a façade composed of repeated precast cladding panels, arguably of a more architectural nature. And further afield, the EDF (formerly SWEB) building, adjacent to Manadon Roundabout and the Tavistock Rd flyover, similarly has a façade composed of repeated panels which still looks ‘sharp’ today.

What ‘The Merchant’ project proves is that whilst internally the fabric, M&E and finishes have had to be renewed, the shell of the building can still not only function but also be an asset within the cityscape. The building will be very capable of housing modern businesses within flexible, contemporary office space. And this approach could be rolled out to a plethora of similar buildings providing enhanced rental values, enhanced visual appearance and reduced running costs. Plynouth City Coucil themselves have adopted this approach by occupying Ballard House, which is currently being externally overhauled.

This type of building can provide ‘good bones’ on which to redevelop without having to reclad, overclad or reimagine the building from scratch. The precast concrete cladding panels that form the envelope of St Andrews Court, as with many buildings in Plymouth, once properly cleaned will have a continued service life in advance of many current, often less robust, cladding solutions. So long as the bracketry behind them is in good order.Yes, they are a product of their time and there are those who will simply denounce buildings of this ilk as being ‘dated’, but the same can be, and in the future will be, said of other forms of construction and materials, some of which we are using right now.

At ADG we are always keen to see existing buildings reused and reimagined. Often there is little wrong with a tired building, in real terms. Not that new fenestration, fitout and a good clean can’t reverse. Added to this is the history and place-making that these buildings provide in terms of telling a story about post war Britain. I for one would rather work with this part of our urban environment than feel as if it must be erased completely in favour of the latest trend.

For more information about ‘The Merchant’ contact Chris Ryland at Stratton creber commercial, or visit https://strattoncrebercommercial.co.uk/property/the-merchant-notte-street-plymouth-pl1-2ah/ 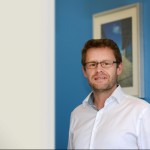